Today, the global transportation market is saturated with gasoline and diesel vehicles, accounting for 96% of total fuel consumption and 21% of global carbon emissions. But, fuel cell electric vehicles (FCEVs)– and the hydrogen fueling infrastructures that support this application – are already making a dent in sustainability goals and electric vehicle driveability.

A reliable FCEV hydrogen infrastructure is critical to ensuring the success of this market. One area of the world that has shown great promise in the deployment of hydrogen fuel cell electric vehicles (FCEVs) is Japan. Japan plans to deploy 200,000 FCEVs by 2025 and 0.8M by 2030. [1]

In support of these objectives, Japan already has more than 90 hydrogen stations in operation. 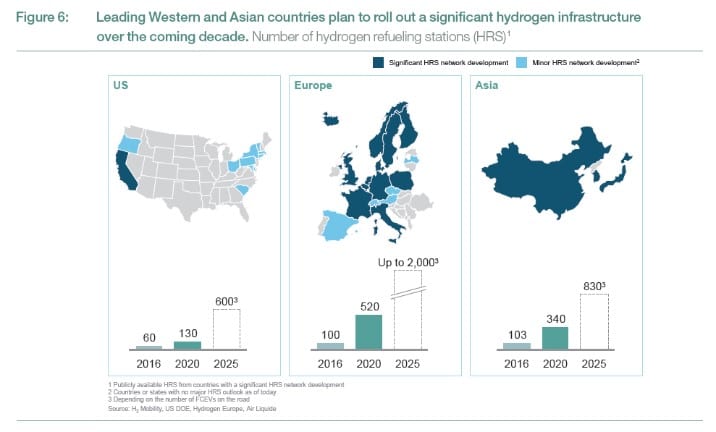 GenDrive on Display in Japan

Plug Power has established itself as a leader in providing fuel cell systems for industrial electric vehicles, specifically a variety of electric lift trucks and ground support equipment. Plug Power had the opportunity to demonstrate one of the 20,000+ GenDrive fuel cell-powered lift trucks at the Tokyo FC EXPO alongside TATSUNO, the largest fuel dispenser manufacturer in Japan. TATSUNO has provided hydrogen dispensers for more than half of the 90+ stations in Japan today. Global relationships like this are just another important example of how Plug Power is changing the way the world moves.