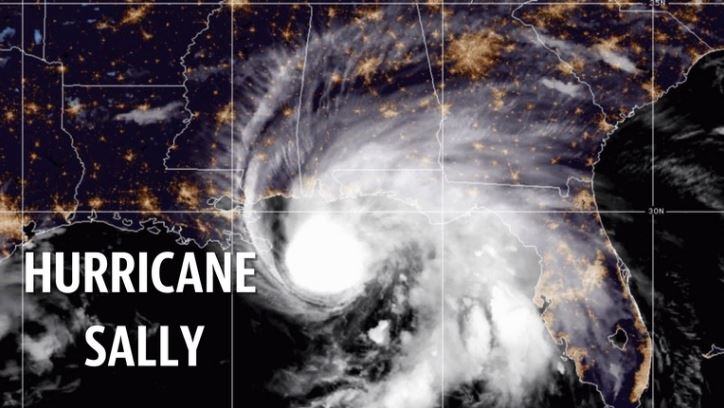 Hurricane Sally came ashore near Gulf Shores, Alabama on September 16, 2020 as a Category 2 storm on the Saffir-Simpson Hurricane Wind scale. Its wind speeds of 105 mph were strong enough to break power poles, creating power and telecommunication outages, as well as causing damage to buildings, bridges and property. When Sally made landfall, it was only moving at about 5 miles per hour, which also left the area flooded with record rainfall – some receiving as much as 30 inches of rain in a matter of as many hours. The people who live in the Southeast corner of the U.S. will be working hard to recover for a very long time.

When storms like Hurricane Sally knock out utility power, they impact both homes and businesses including telecommunications being used by 911 workers, hospitals, police and firefighters, signaling for railroads and even utilities themselves. Backup power is critical to keep communication lines flowing, empowering the people who are doing rescue and repairs as well as the general public.

Fifty-one of Plug Power’s GenSure fuel cells were on the front lines during the storm and after it passed, providing backup power that enabled the people in the path of the storm to keep in touch with each other, check on family members and do the work to get power back to the more than 540,000 customers who had outages.

In all, Plug Power’s 51 GenSure fuel cells provided more than 1,573 run-hours of backup power for communications equipment – with the longest run duration being 7 days. The length of time served by each fuel cell was primarily determined by how quickly the primary utility power was restored, with average time being 30 hours. Hydrogen refueling was provided as needed by our GenFuel hydrogen team to twelve of the sites while they continued to provide critical power.

Hurricane Sally was a reminder that when organizations plan for power outages by installing backup power equipment at critical locations, they are able to weather disaster more effectively. Cost-effective, zero emission hydrogen fuel cells combined with hydrogen fueling packages enable communications providers and users alike to focus on the critical work of restoring normalcy to a region after a major event. Plug Power is honored that our hydrogen fuel cell products have been able to help the Southeast survive and begin to recover from this latest storm.